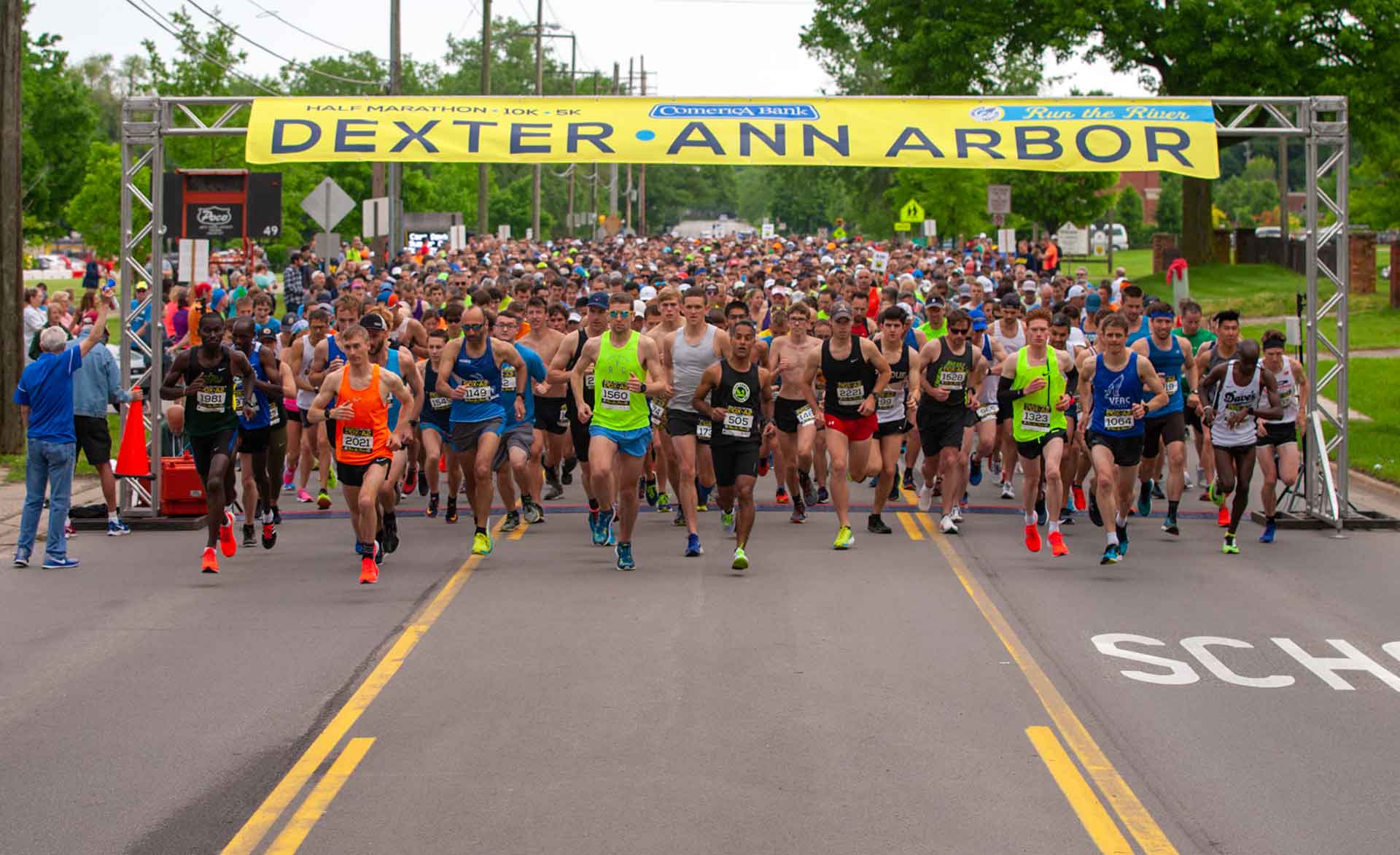 Please make sure you have read the Prize Money and Awards Rules at the bottom of this page to ensure that you qualify for any of the following awards.

We will announce the top 5 overall male and female open finishers after each race. Awards ceremonies will take place near the finish area at the following times:

HALF MARATHON • $2,800 Prize Purse
Besides prize money, the top 3 in each age group will also receive age group awards.

AGE GROUP AWARDS
For the Half Marathon, 10K, and 5K, a hand made mug will be given to the top three male and female finishers in each age group.

Race results will be sent to finishers electronically. No kiosks or awards ceremonies will be held this year.

Prize Money and Awards Rules
Prize money will be awarded as listed above. To be eligible for prize money in any of the Dexter-Ann Arbor Runs, an athlete must:

– Not be currently serving a suspension for use of a banned substance.

– Not have ever served a ban for use of performance enhancing drugs.

– Not be represented by coaches and/or agents who have had 2 or more
athletes receive such suspensions in the previous 4 years.

– Not be represented by coaches and/or agents who ever served a ban for
use of performance enhancing drugs during their own athletic careers.

– Consent to random drug testing according to the standards and procedures
of USATF, USADA and WADA.

Athletes winning prize money will be required to submit an Elite Athlete Attestation Form, certifying eligibility to receive prize money in accordance with the guidelines above. Completion of this form will require photo ID.

Both completed forms, including all signatures and notarization, must be received by the race director by Friday, June 25, 2021, or prizes will be forfeited.

NOTE: Prize money placings are final; no adjustments will be made in the event of a disqualification or forfeiture. In such a case, the prize money for the affected place will not be awarded.